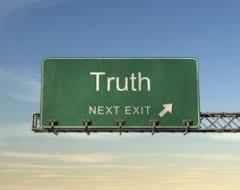 The dramatic case of the British baby, Charlie Gard, diagnosed with a “terminal illness,” illustrates the challenges we all face in our perceptions, thoughts, and even the use of our language, let alone our moral decisions. In a legal battle, doctors at Great Ormond Street Hospital argue that Charlie will die because of his condition and are urging the court to euthanize the baby. His parents, Chris Gard and Connie Yates, have raised money in hope of bringing their son to the US for an experimental treatment. Donald Trump even welcomed them, offering an opportunity in the U.S. to get the medical assistance that could help.

Charlie’s brain has apparently been compromised by his condition, but in a completely different way, all of us are compromised in our thinking.

Recent work in how we think shows that the brain inevitably reduces complexity to simple binary alternatives. It is very hard, if not impossible, for us to hold all the complex variables of a real life problem in mind, even if we knew them all, which we certainly don’t. A metaphor I use in my upcoming book I Think Therefore I Am Wrong is that we can cope with watching a football (or any other sporting event) that has two teams playing against each other. But life doesn’t really fit that comfortable binary perception. To get to grips with reality would be like watching ten teams playing against each other simultaneously and realizing that there were at least another ten teams on the field that we couldn’t even see. That seems to be beyond our current mental capacities, so we settle for a reduced, binary simplicity.

One problem with the binary brain is that it treats facts as if they were 100% certainties when for the most part they are probabilities. So, we tell people that they have a “terminal illness” which implies it is inevitably going to kill them, when in fact, we are talking about probabilities. And the words we use absolutely influence the way we perceive and interpret the information we are given. Words resonate in different parts of the brain and influence our emotions and thinking, as any good public speaker will tell you. And when “the facts” are delivered by experts, they become even more “true,” simply because of the implied authority of the speaker.

Moreover, the medical probabilities that are presented by doctors are not based on today’s data; they are based on yesterday’s data because it takes a while for the data and the assumptions about it to penetrate professional consciousness and practice. And given the rapid pace of change, the probabilities are ever changing. Who knows what treatments might be available in 2, 5, or even 10 years from now? In medicine, today’s wisdom can be tomorrow’s malpractice.

I have been fortunate enough to see several people defy the probabilities of today’s medical diagnoses. In my book Inspired to Lose, there is the story of a woman, diagnosed with pancreatic cancer, whose faith and resilience defied the odds and she has gone on to run marathons in every state and Canadian province. A neighbor of mine refused to accept the medical view that some discomfort she was experiencing was 99% benign, sought out the most sophisticated testing, and found that she had the beginnings of pancreatic cancer. She has been in remission for five years.

The soon-to-be-released In God’s Waiting Room, written with Barbara Morello-O’Donnell, recounts her miraculous recovery from the H1N1 virus, in which she emerged from a coma, not with a failing heart that needed transplanting as had been diagnosed from sophisticated medical imaging, but the heart of a 20 year-old, as was predicted in one of her amazing coma dreams.

Man has achieved some amazing things but it is easy to overestimate our capabilities and forget that the brain, while incredible, is still very limited. Just because science is based on data, doesn’t make it immune from these natural human limitations. We need to realize that even in science, we know very little and what we “know” now will inevitably change, probably sooner rather later.

With these limitations in mind, it is surely unethical to prevent the exploration of all treatment possibilities for anyone, especially a baby. No one is certain of the course of Charlie’s condition. While it is often fatal in infants, some have apparently lived into childhood and beyond. Of course, other variables, such as pain, need to be considered but are just one part of the complex matrix of an unseen reality.

The fact is that humility has not been a hallmark of the human race. An expert is someone who knows more than the average person, but they don’t know everything, or all the possibilities. It’s time for more humility and the recognition of our limitations. Wisdom comes from knowing what you don’t know.

Homo needs to get more sapiens.

And Charlie Gard needs to be given every chance at life.