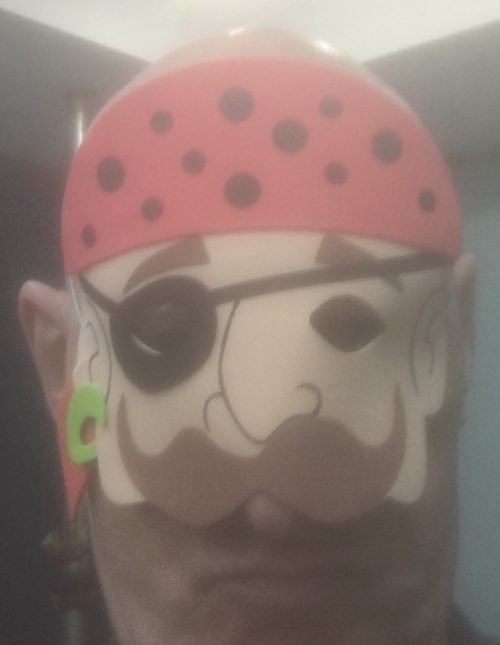 I know this media’s not for friends

But mostly for commercial ends

So I’ve ensured that what you see

Does not reflect what’s truly me

But I always shop at Wal Mart

I’m in Moscow working on Ux?*

No, having coffee at Starbucks

Was that me tasered by a cop?

No, just the work of photoshop

But perhaps I work for the FBI?

I did a test right on the screen

And was told I’m England’s Queen

I’ll indulge in my piracy

So I’ll keep up with my delusion

So guys, you can keep my data

As for me, I’ll see you later

In a recent post I gave five reasons why I don’t like listicles. The first reason was that just getting attention could be counter-productive. “I would rather write a piece that had 50,000 views and 50% of readers liked it, than a piece that had a million views but only 1% liked it,” I wrote in the piece.

Several people contacted me to tell me that the more views, the more revenue. If we know that we can get a 1% conversion rate, it stands to reason that the more overall views generated, the more people that 1% audience response represents. So, more eyeballs means more profit.Or does it?

However, there is a flaw in that argument. It only focuses on the 1% who respond. What about the 99% who don’t? If the assumption that the other 99% don’t care is actually true, that’s one thing, but suppose 3% get really angry and frustrated at being led to click on a silly article that promises more than it can possibly deliver? Then getting a huge response, might actually turn out to be a negative.

What drives a behavioral response is the emotional response. Now, I will agree this could be more of a problem with some clickbait rather than a listicle. For example, if the headline bait mentions a celebrity but then the story has nothing to do with him or her, readers are likely to feel cheated and angry. For example, the lead might have a photo of Colin Kaepernick but the story has nothing to do with him but is about a steroid cream that turned Humpty Dumpty into the Jolly Green Giant. If you’re going to use a celebrity at least make the piece relevant and authentic. For example, check out my latest blog, First Down and Ten Commandments: What GOD thinks about the NFL.

My point is that there are assumptions made about audience response that don’t include annoying, and thus negatively influencing, the vast percentage of the people that view the piece. Frustration and anger, I suspect, are common responses to intrusive ads.

Let’s take a common scenario — you’re on a roll trying to make it into the top hundred of the rankings of a Slots game, e.g. Double Diamond. You’re currently ranked 159,344 so there’s a long way to go. Suddenly, you are interrupted by an ad for another slots game, which you’re never going to get because you have already invested several months of your life trying to move up the rankings of the current game. The pop up ad is a distraction, activating the brain’s Default Mode Network and stimulating the Limbic System. As a result, you shout an expletive and decide you’re never, ever going to buy a game from that company.

Of course, the world is full of examples of people who reneged on their promise to never, ever do X again, so perhaps a temporary emotional outburst is irrelevant.

However, the argument from any company might be, “We’re not trying to sell to everybody, 1% will be just fine, thank you. We don’t care what the other 99% think of us.”

I guess it depends on how much the other 99%, especially the 41% of temporarily annoyed users, might influence “brand perception.”